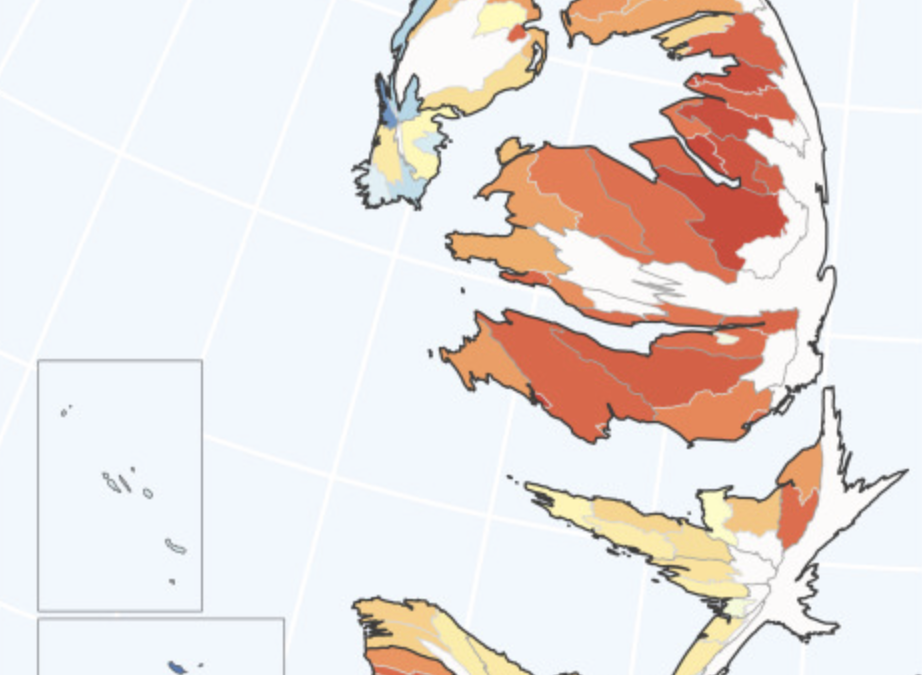 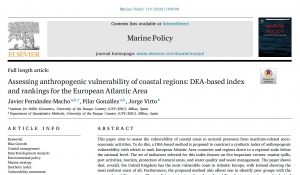 A paper based on the outputs of WP6 of the MOSES project, and written up by the University of the Basque Country partners, has been published in the journal Marine Policy. The paper sets out to estimate the pressures on coastal areas created by human activities; both social and economic. To do this, a process known as a Data Envelopment Analysis (DEA) is used to construct a synthetic index of human-caused pressures with which to rank EU Atlantic Area countries and regions down to a regional scale below the national level.

The set of measures used to create the index focused on five important pressures; marine spills, port activities, protection of natural areas, and water quality and waste management. The paper demonstrates that the United Kingdom has the most at-risk coastal area in Atlantic Europe, with Ireland having the least at risk coast.

Also, the methods applied to creating the areas at risk rankings, allows policymakers to identify which of the five pressures mentioned are driving the overall pressure ranking and to compare rankings across the EU Atlantic Area. Policies aimed at reducing the pressures in a target region may be developed by studying the areas where particular pressure have been reduced over the period of analysis. By identifying which areas are at the greatest risk, policymakers may also be influenced to act to protect and improve coastal areas with the appropriate actions in line with European coastal management policies.